The event is 17 October
Part of: Hall Nordanå

Together with Färgfabriken and Virserum's art gallery, Skellefteå Art Gallery during the spring of 2020 worked with art and the climate project "Listen - in the borderland between knowledge and emotions" where young people, artists and researchers together examine what it is to be human in the challenges climate change presents us. A collective exploration that examines knowledge and emotions, between climate and places, between the outside world and the self.

Kl. 12-13 "Climate crisis, media and listening" lecture with associate professor of media and communication science Annika Egan Sjölander
Annika Egan Sjölander, associate professor of media and communication science and university lecturer at Umeå University, has been running the research program "Communication for sustainable societies in the anthropocentric era" for many years. The program studies journalism, communication and the role of the media in the transition to a more sustainable world,both locally and globally. The climate crisis and the world's water shortage are two current examples. Democratic decision-making processes, digitalisation and social innovation are other keywords.

Kl. 13.30-14.30 Lecture with the artist Linda Tedsdotter
The artist Linda Tedsdotter (b. 1975) often works site-specifically where her art is in some way related to the place and the context of which it is a part. She is currently working on the exhibition Untitled at the Gothenburg Art Museum, which shows her artistic process "Apocalypse Insurance - Gardening", which began just before the Covid-19 pandemic began. A project that started with being a fun idea to "prep" with knowledge about cultivation that was developed to the fact that the artist was seriously preparing for possible food sanctions. Linda Tedsdotter sees herself as a prepper artist, she imagines future scenarios and what she might need to survive them, and then makes works of art that in various ways will help her get through these dystopian times. Tedsdotter was born in Laisvall and educated at Valand Art Academy (1996 - 2001) and works in addition to her artistic activities as a teacher at Dômen Art School and as a freelance curator.

Kl. 14.50-15.50 Lecture with the filmmaker and producer Clara Bodén and screening of her film Stamnätet
Filmmaker and producer Clara Bodén(b. 1983) lives on Rödön in Jämtland and since 2011 runs the production company Vapen och Dramatik AB. She was nominated in 2015 for a Golden Bug for the essay film Lgh + car + everything I have and own (48 min, 2014) and received the same year Östersunds kulturstipendium and LT's Kulturstipendium.
Stamnätet (5 min, 2018) which is a personal film about growing up surrounded by rich people natural resources. It is a film about power production, colonialism and the feeling that grown out of seeing, looking again and questioning what surrounds one.

More activities will come on the web in the future 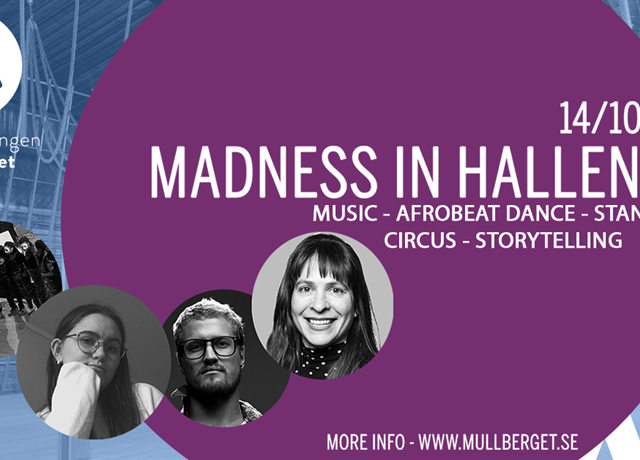 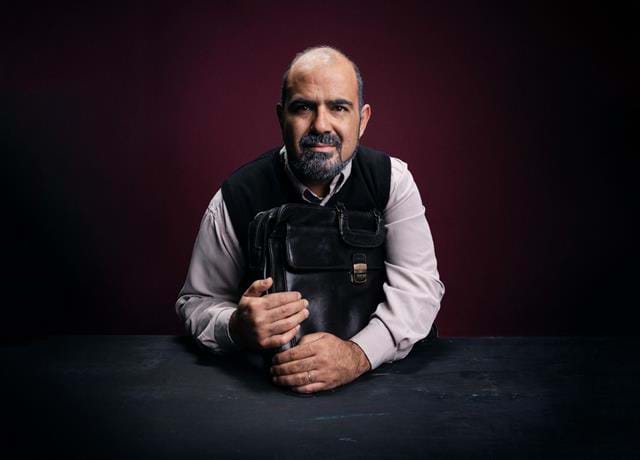 |Translated by Google translation| Guest performance from the Riksteatern with an audience and critical success arou...
Events 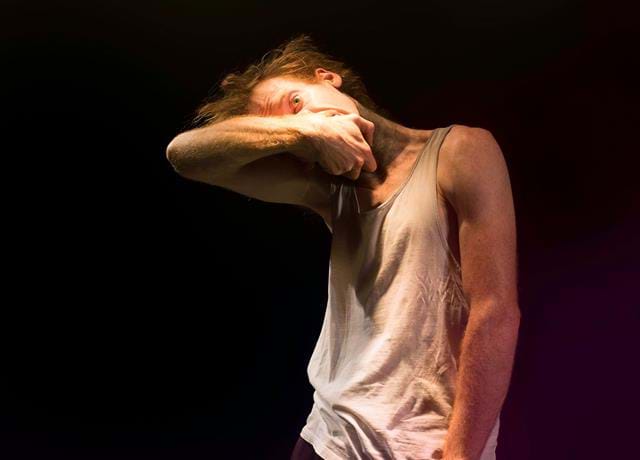 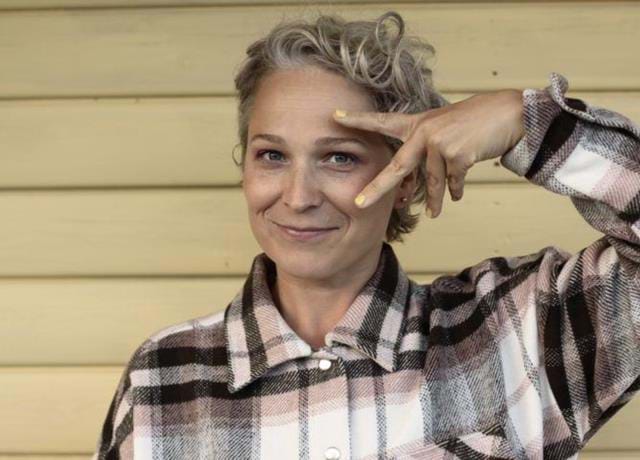 |Translated by Google translation| A musical interactive storytelling performance by and with Saga Eserstam. All the...
Events 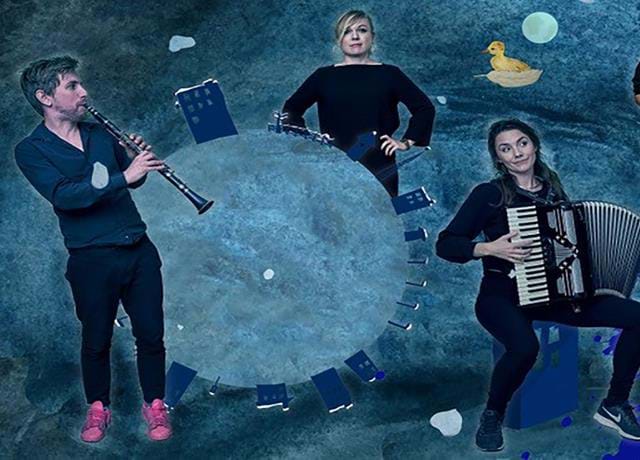 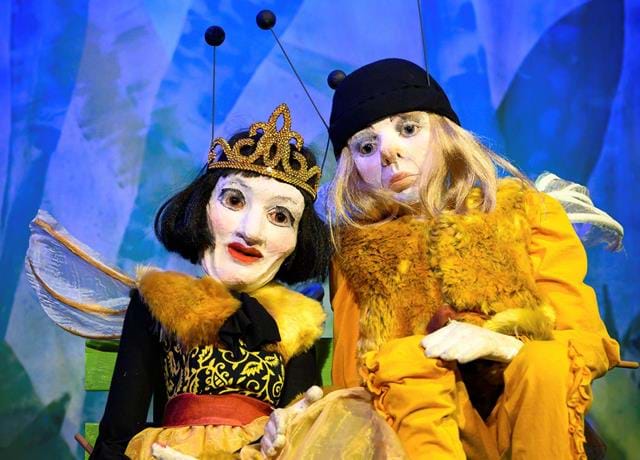 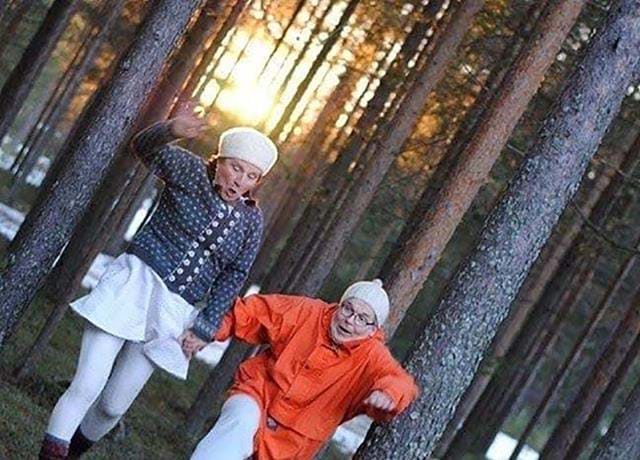 In the spirit of folk music, we get to accompany Gun and Egon on a journey with kicks and skis through a wintry Norrb...
Events 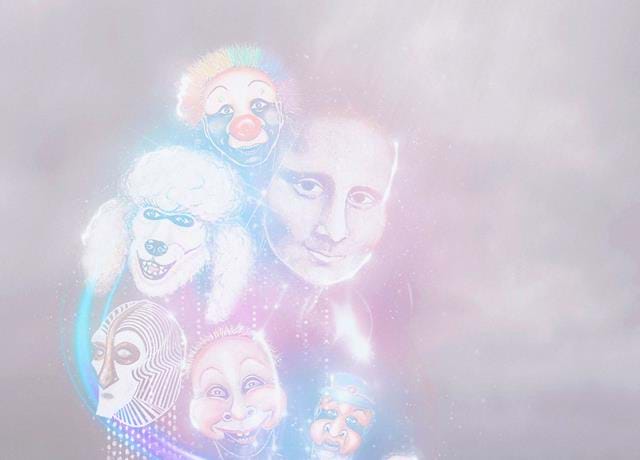