The event is 27 November
Part of: DFC-Din Fest at Campus

- With a distinctive voice and an unmistakable expression, she has since her debut in 2016 with "I'll Be Seeing You" hailed by both reviewers and audiences both in Sweden and abroad, and quickly established herself as one of the most prominent voices on the Swedish jazz scene . In November 2020, she released her long-awaited second album in her own name: "You Should Have Told Me" .

- “Rarely has a singer been so long-awaited. Finally!" , wrote Johan Norberg and the debut album was praised with both Gyllene Skivan by the magazine Orkesterjournalen for this year's best jazz release and Jazzkatten as "Newcomer of the Year" by Swedish Radio P2 . Since her debut, she has been seen and heard on stages all over the Nordics, among othersother with the Swedish Radio Symphony Orchestra , Malmö Symphony Orchestra and Norrbotten Big Band - but on the new album she goes back to the core: jazz quartet, a modern, acoustic sound - contemporary, captivating and personal.

More from DFC-Din Fest at Campus 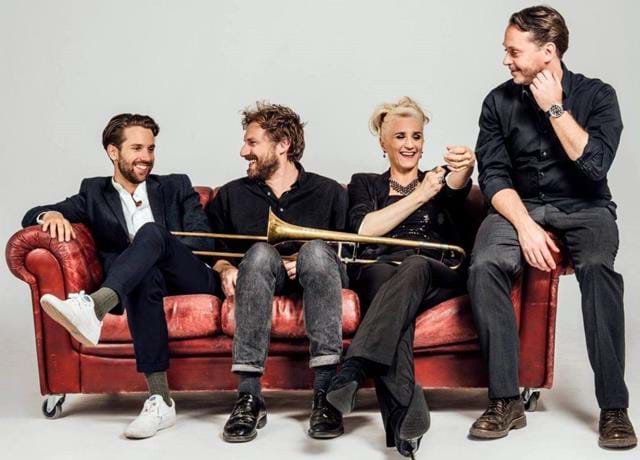