All you need to know about Bjuröklubb

Ted Logart
Ted Logart
Bjuröklubb is one of Skellefteå's most visited nature attractions. For everyone who has been there, the merits of the peninsula are obvious, but capturing Bjuröklubb in text or speech is not easy. But at least let's give it a try.

Bjuröklubb is a spectacular peninsula all year round. Nevertheless, it is as if the area explodes in impressions from May to September. When some of Sweden's most appreciated instagrammers, after a week-long hangout in Skellefteå were asked which place they would most like to return to, the answer was as unanimous as it was unequivocal:
- Bjuröklubb.
Why? The variation. The contrasts. The barren and hard. Towards the soft. Warm. The sea and the mainland and all the water around.

The lighthouse and the shipments

In 1859, the lighthouse was built at Bjuröklubb at the far end of a cliff. 52 meters above sea level. In wood. Yellow and octagonal. Ever since, she has longed for shipping. She, the lighthouse is still called the old lady. Why, no one really knows, but over the years she has come to see a lot. As in 1916 when two German ships were hijacked. In the middle of a burning world war.

22 crew members were still on board when the ships under Russian command took over the Finnish port. 36 escaped in lifeboats. Took refuge in Skelleftehamn. The event went down in history as the hijacking at Bjuröklubb. Four days later, on April 16 of the same year, the steamship Syria was torpedoed. The ship sank. 4350 tons of iron ore from Luleå on its way out into the world, went to the bottom. In all, 35 ships have sunk outside Bjuröklubb. There are divers who claim that Sweden's best diving is right here.

Despite the history and culture, many would argue that Bjuröklubb is primarily nature. In 1976, the peninsula also became a nature reserve, thanks to its polished rocks covered with corrugated stone, windswept, gnarled pines and spruces that grow between rocks. Not to mention stands with turnip, moose grass and yellowtail.

It is said that the sun always shines at Bjuröklubb. This is of course an exaggeration, but the fact is that the peninsula's location means that the sea breeze often keeps the clouds away. Therefore, it is no wonder that Storsand, Västerbotten's longest sea sand beach, is an extraordinarily well-visited bathing spot during the summer months.

4000 years ago, Bjuröklubb must have risen from the sea. Five times a day, Bjuröklubb is mentioned in Swedish Radio's weather forecasts. There are seven beds in the lighthouse where you can spend the night. In the lighthouse keepers house there's a café with at least seven kinds of cakes and a handful of light dishes. Gunnar Nordland has photographed hundreds of spectacular aurora borealis with Bjuröklubb as a backdrop. Laleh has written a song about Bjuröklubb which has been listened to 7,806,704 times on Spotify.

Thousands and thousands of migratory birds literally love Bjuröklubb. Well, the club is actually considered one of northern Sweden's best migratory bird venues. And the people, they've been here at least since the 5th century. Hunters and fishermen. It shows remnants. Elves, maiden tombs and maze. And a fishing chapel that was set up in the middle of 1800. 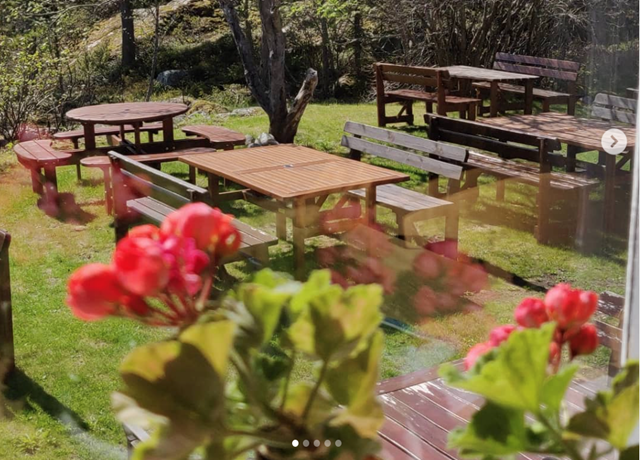 Bjuröklubb The café business is conducted in the charming four-master's residence at the top of Bjuröklubbsberget. You park the car with an advantage where the asphalt road ends to get a few minutes lovely walks past the marina. There is also the possibility to drive a car up to the café if necessary.
{{favourites.count()}} Favourites