Sven Burman
September 24 2020 Sven Burman
Eriks asks me if I want cheese in my coffe, and cuts me a big slice of västerbottensost with his knife on a thick cutting board. We sit by the fire outside his house, quite centrally located in the city. It's 8 o clock in the morning on this cool, but gentle August day.

- Yes please, I answer, pretending that it's part of my daily routine to drink coffee with cheese.

We're waiting for SVT to come for a visit to broadcast live from Eriks backyard.

Erik will, during the live broadcast, barbeque "cave man style". He's preparing while we drink our coffee, and he's cool as a cucumber. Preparing an inspiring segment to all the viewers in their morning sofas. He's timed the barbecue bed of birch wood just right for when SVT rolls into the driveway.

- Cave man cooking is about cooking the food directly on the coals, just as they did in the stone age. Erik explains with a perfectly calm presence directly into the camera. He places cabbage, onions, some potatoes and a whole roast beef onto the coals.

Erik is named Brännström, but almost everyone recognizes him as the Wild Chef. When the TV-crew has packed up and left us alone by the fire it's time for a påtår, aka another cup of coffe (of course with cheese in it) before we head out to Svedjan Ost. A local business that makes cheese, and I take this paus to ask him about the name Wild Chef.

- But for me it's mainlu about the wild kitchen, with ingredients from the nature around us, but it's also about allowing it to get wild in the kitchen. Not to pretentious and strict.

From Skellefteå to Canada and back

– I've been running around the woods around Skellefteå since I was a kid, played around and gotten it under my skin. Respecting nature I mean. To make best use of nature and the raw ingredients it supplies. Berries, mushrooms, roots, plants, the wild animals and the birds.

But even if Erik lives in Skellefteå today, and was born here, he's had the time to live and work on many different places in the world.

- I had the opportunity to work in a lot of fine dining restaurants in Sweden as well as over seas. To name a few: I've worked in the oldest Michelin restaurants in London, Hurtigrutten on the Norweigan seas and a truly high class fine dining restaurant in Canada where we had fresh lobster flown in and a lunch were 1000 kronor each. That was the period when I learned the basics for fine dining, but I've always carried the northern food heritage with me, he explains while cutting pieces of the barbecued meat and handing to me.

We're starting to clean up around the fire that has begun to cool down, while the rising sun is taking over as a source of warmth.

- Now that you're established a name among the other star chefs in the world, how come you decided to move back home? I ask while gathering my camera equipment.

- There is a freedom here that is unprecidented else where in the world. We're allowed to move freely in nature thanks to the right to public access, and we have lots of clean air and good water in our lakes up here. Besides, the raw materials gets this specifik taste in this scarce climate up here, which I appreciate. 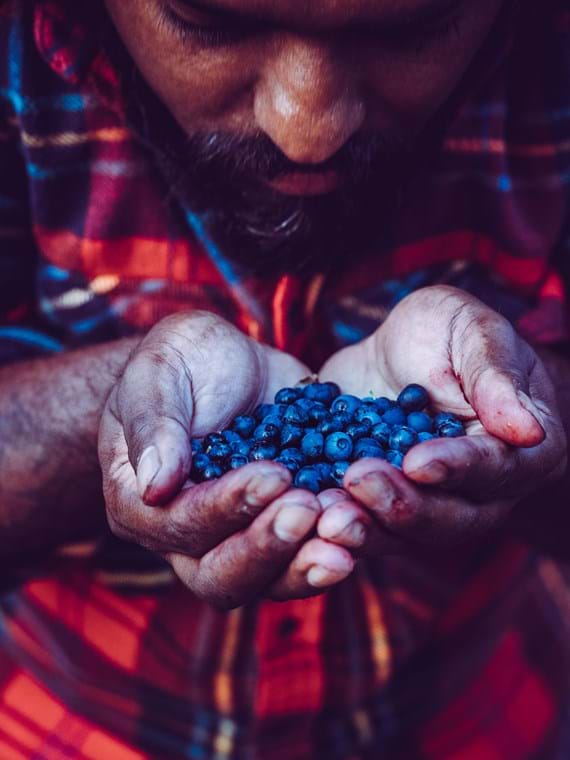 Nowadays Erik is freelancing and consulting. He's released a handful of cookbooks, often appears on TV and helps businesses develop new concepts, menues and recipes, everything from food companies to restaurants.

- We have an entire product chain on Solbacken, where we sous vide chicken, makes sauces etc, did you know? Not many of the residents of Skellefteå knows, he tells me and laughs.

The plan for the day is a visit to the award winning Svedjan Ost, as Erik wants to learn about their production as well as sample some of their new cheeses. The initiative to the visit came from Erik, an impuls from the night before.

- Their cheeses are some of the local produce that I love to use in the kitchen, and it's been a while since I visited them. It's happened a lot since I was there so I figured it was time. He smiles with his entire face when he tells me this.

We get into the car and begin our journey. Erik waves hello to a neighbour who is outside stacking wood. He's like that, genuinely interested and committed to the people around him. We're heading to Svedjan Ost, but that is a whole other story. 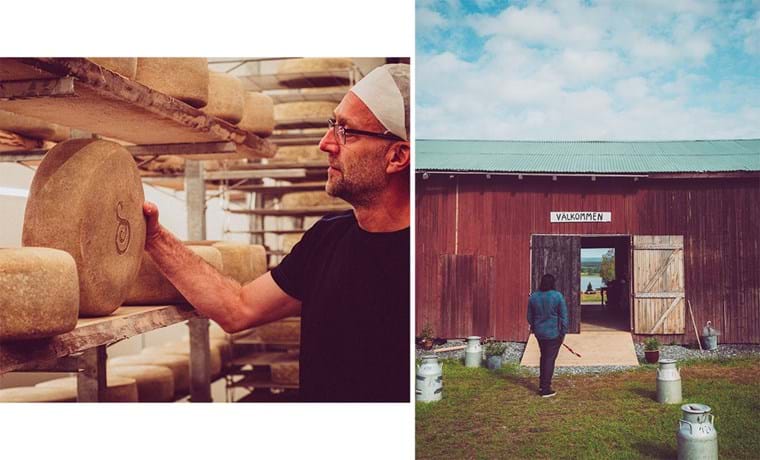 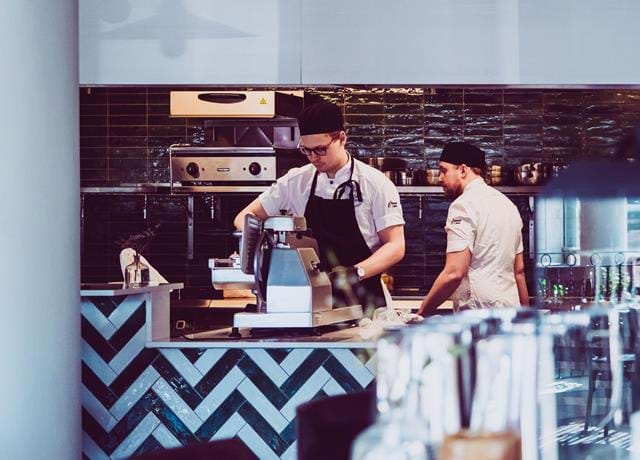 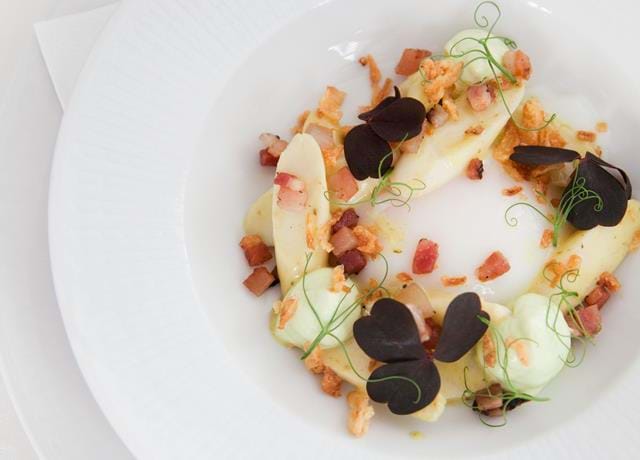 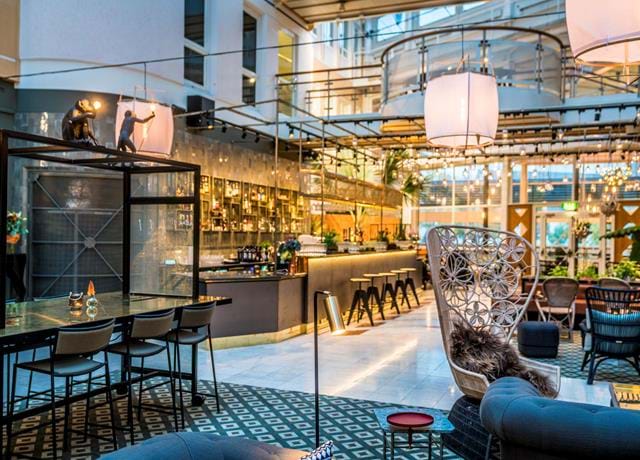 SKELLEFTEÅ With us, the food is always in focus and you will find a food square in a lovely environment with good aromas and flavours. Pick what you want from the food table or choose a tasty dish from our menu. 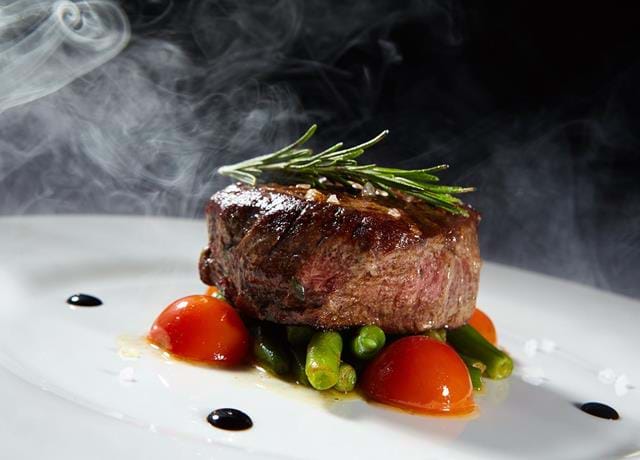 SKELLEFTEÅ At our restaurant Verandan, there is something for everyone! From a magical hotel breakfast, a fresh lunch buffet to a fantastic à la carte. All with the greatest view of Skellefteå just outside the window. 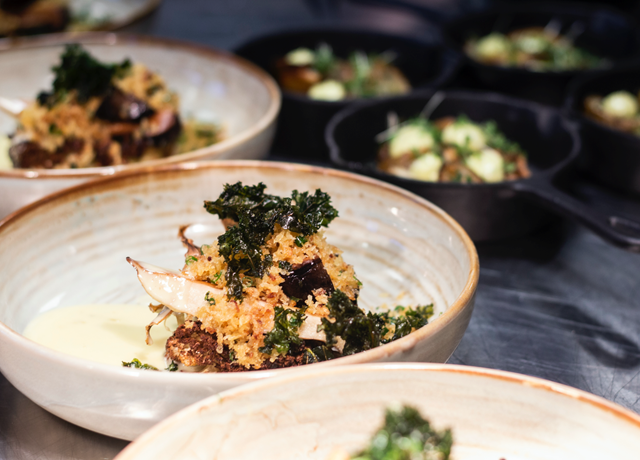 SKELLEFTEÅ You choose what you want to eat, we show up a buffet with what you ordered on the table so that you can share the food if you want. Sharing is caring.
{{favourites.count()}} Favourites