Isabell and the life on a hill

Ethel Jonsson
Ethel Jonsson
The road leading to the hill is winding, newly paved and surrounded by red houses and barns on both sides. The feeling in the air is that this is a village full of life and a future. And behind a cluster of red houses, the white house where Isabell, her partner Fredrik and daughter Lo together with their animals can be seen on top of the hill.

It all started in 2011, by chance. Isabell and Fredrik were already a couple and had just graduated. There were loose thoughts about working in Norway, or moving to a larger city to try that life, but instead they were asked if they wanted to rent a family farm from Fredrik's family in Skråmträsk.

- We never thought it was a big step. Our friends wondered what we were doing, are you going to live in a house in the country? In retrospect, I can think that we were young and that it was all unplanned. But it turned out really well.

The reason why Skråmträsk became their home was mainly related to Fredrik's family. He was born in the village, and his parents still live there and can now also call themselves neighbors to the couple. The village itself is bursting with life, and everything you could ever need is here: a store, café, beach, proximity to nature, both preschool and school. Enterprising villagers who are crazy about their village, who are genuinely happy with each new addition and everyone cares for each other. The ages range from newborn to over 90 years, but age itself does not matter much, says Isabell.

- We have as much fun with older neighbors as those of the same age as us. And at the village parties, it is no wonder to take a dance with the pensioners. 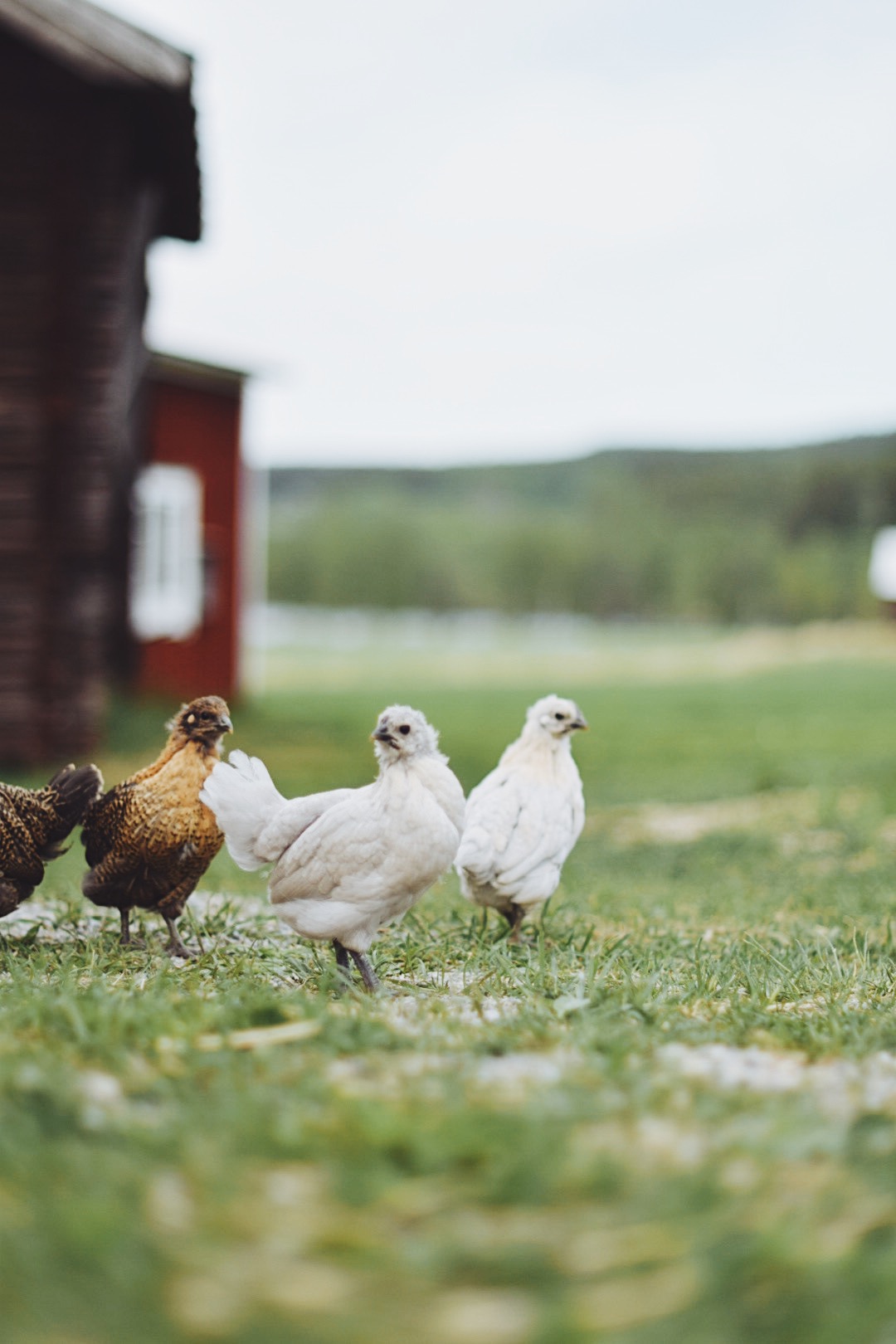 Isabell has always dreamed of animals, and loves all animals. Animals, she says, are life, and from early childhood it was all about horses. Her dream life consisted of an easy-to-clean single-storey villa in the country where time was spent on all the horses she would have instead of cleaning. The plans did not include family life or growing vegetables, chickens or living on a farm, but those are new dreams she discovered along the way.

Today there are no horses on the farm, but it is a dream that lives on and will come true one day. Instead, it's a lot about chickens right now. Isabell hatches chickens, brings home eggs from other farms and is completely engulfed in the chicken bubble. The farm is home to eight chickens, a rooster and three baby chickens. Here is also the cat Knut who patrols the farm. There are also thoughts of keeping bees and rabbits, and also an idea of ​​having cows, sheep and pigs for their own use.

But, Isabell presses, they never want more animals than they can handle. It is important for the family that life does not only consist of work. She says that they have decided that they will make an excursion or have an adventure once a week, no matter how much else needs to be done. They do not have to go far or do anything grand. The important thing is to leave the farm and spend time together. 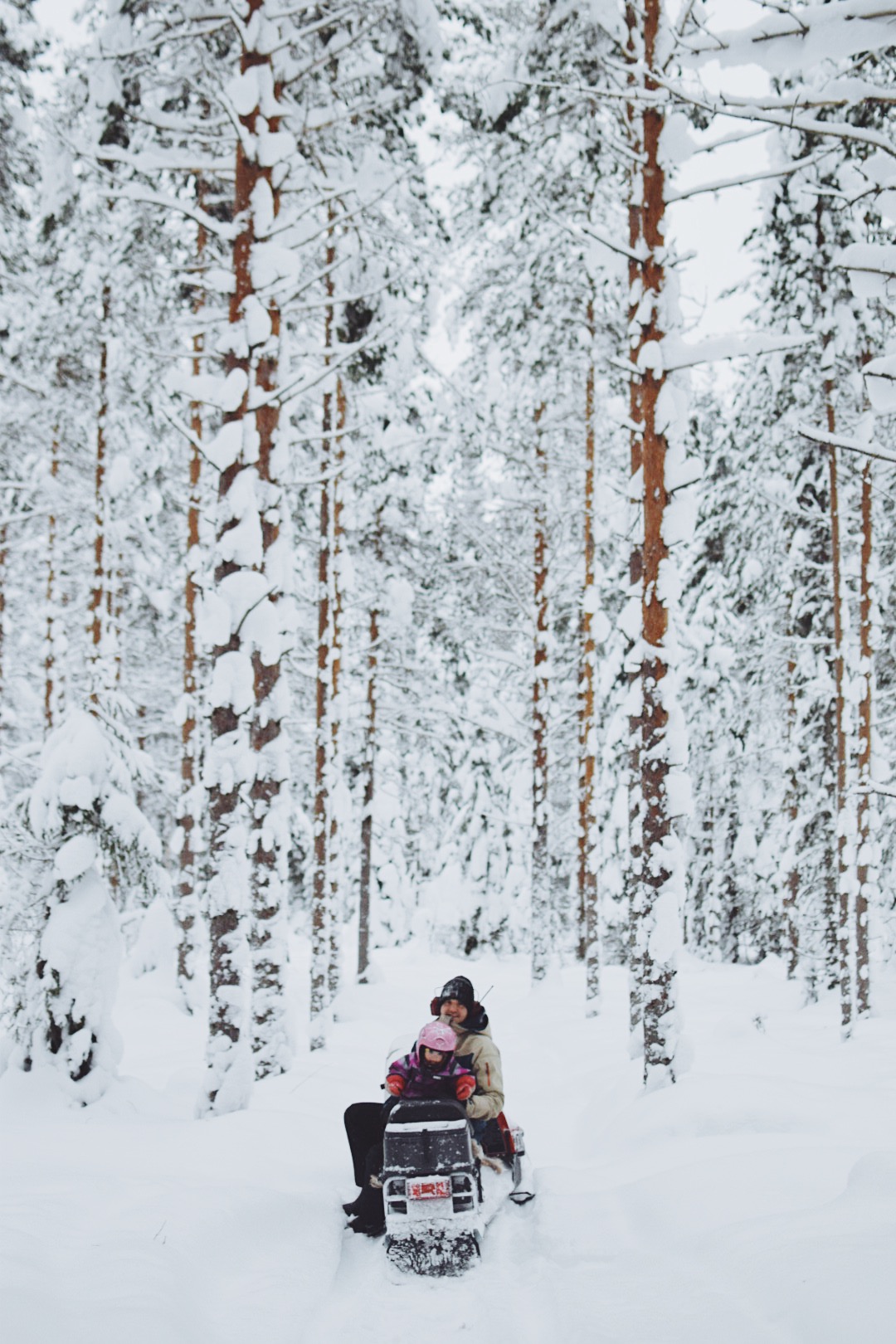 During the winter that has just passed into spring, they bought a scooter that has already been used in many such adventures. They have quickly been able to pack snacks, all three sit down on the scooter and went out into nature directly from the farm. Their house is on a hill, and around them the world lays open, ready to be discovered. Cultivated lands and the lake are on one side, the forest on the other. With the scooter, they have discovered parts of the forest that they have never reached before. It does not take much more for a weekend adventure.

Family life is important to Isabell, and she tells me how fun she thinks it is to be able to give her daughter Lo a upbringing in the country.

- For me, family life in the country is attractive, to be able to teach her everything about life means the world to me. We have no TV but instead she gets chickens and a life outdoors. Of course she gets to watch TV, one does not have to exclude the other. But I'm glad I can give her a life in the country.

Lo was also present at an occasion that Isabell remembers strongly.

- I had a crisis last year, there was so much that happened after New Year. It felt like World War III was about to break out, I was just about to start working full time after parental leave. I wondered what was really happening in the world, the virus came from China and everything felt too overwhelming. I remember that I was with Lo in the hen house and felt that I needed to do something, I would feel better if I could just do something. 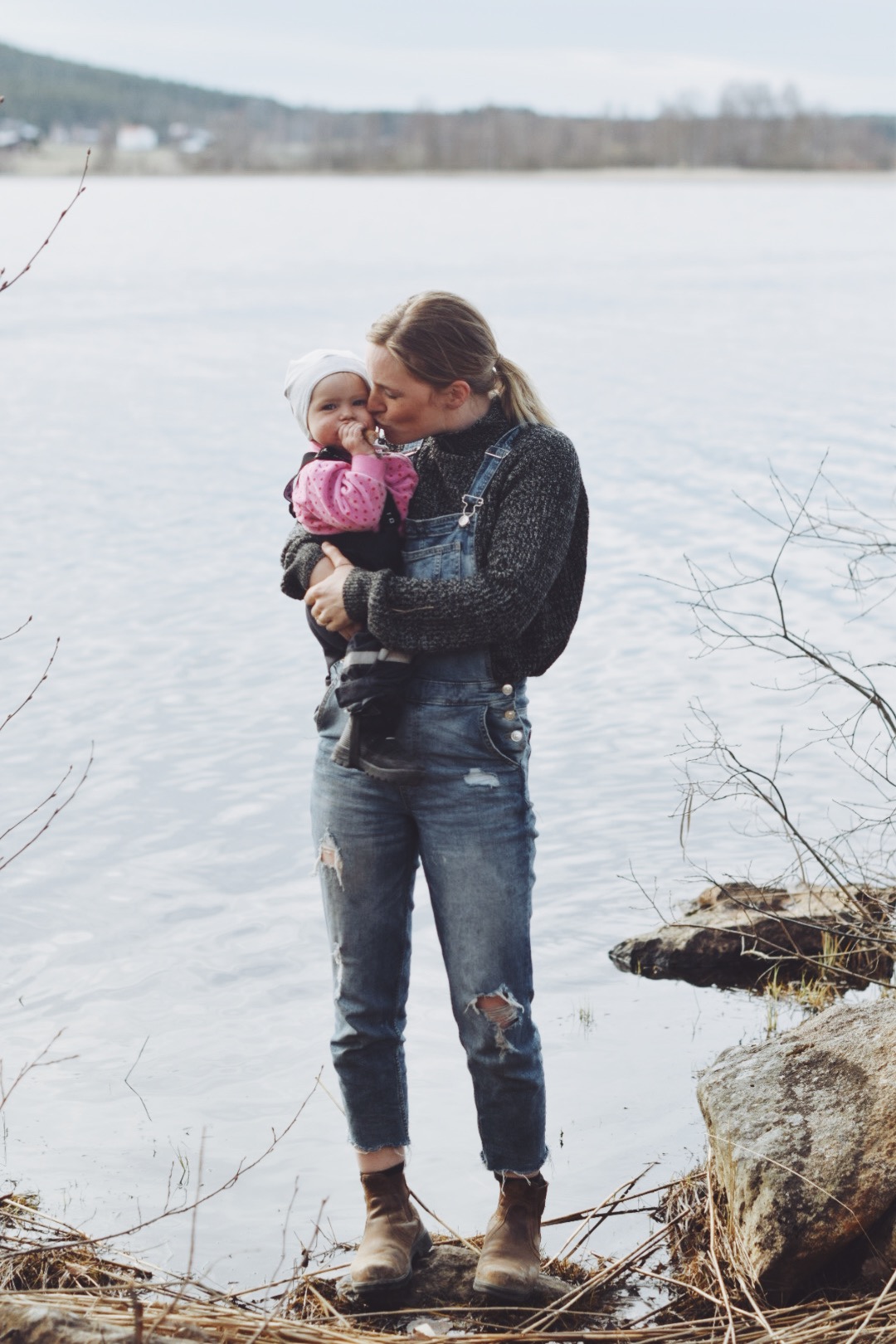 Isabell decided to try to grow vegetables. Sure, she had sown tomatoes and cucumbers before but it had not turned out so well. Now she ordered seeds and thought about what she could use that was already on the farm. They had a lot of horse manure because they had horses on the farm at the time, and there was plenty of silage, so when spring came, she built raised beds after inspiration from Instagram. With the help of a wheelbarrow, she transported both manure and daughter, she built beds, put cardboard and wood chips in the corridors and sowed most of the seeds directly out in the country.

- I had planted some seeds in April indoors, cabbage and other things, but not much. I sowed most of it directly in the ground in June and thought that it may bear or burst. It bore! We got lots of food and the ground has given me such joy. It was like therapy to come home from a full-time job with a lot of projects and routines to dig myself into the ground, get soil under my nails and be out there with Lo. It has given me so much more than I thought. 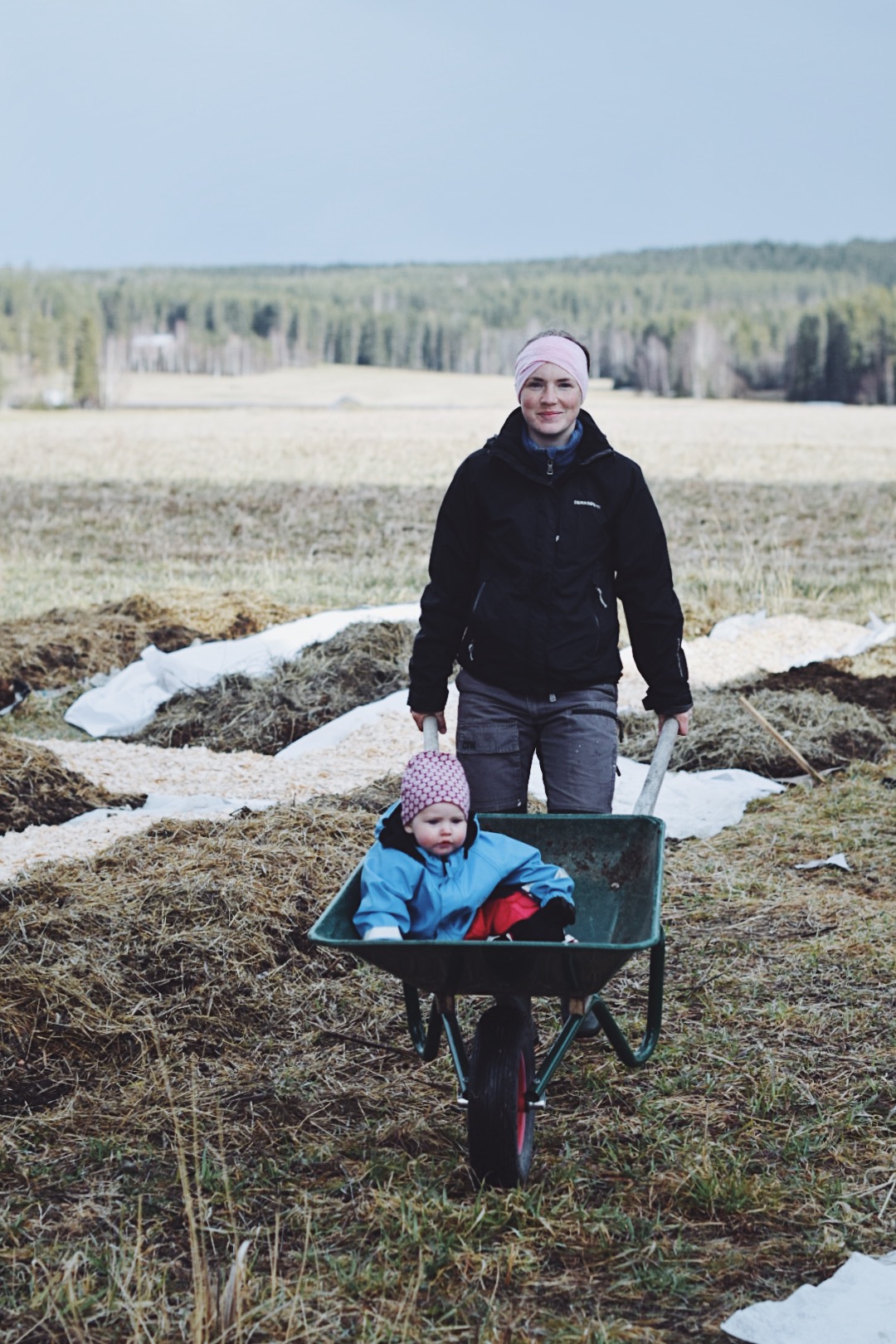 While planning for a new season on growing food, she has got hold of pallet collars on the local buying and selling page on Facebook and will thus double the cultivation area.

- I thought I had tried beds so now I can try pallet collars.

When Isabell talks about her crops, and life in general, she is clear that it is important to dare to try and that it does not have to be the best all the time. That it can be dangerous to look too much at what others do, and that you should instead think about why you do something, what do you really want out of it?

- I'm not a person driven by performance. It's fun when it's going well, who does not think so, but I never have the pressure on myself that it will be something great. If nothing happens, then I can try something else. You must not think that everything will just go smoothly, it rarely happens as you thought but it mostly turns out good nonetheless. 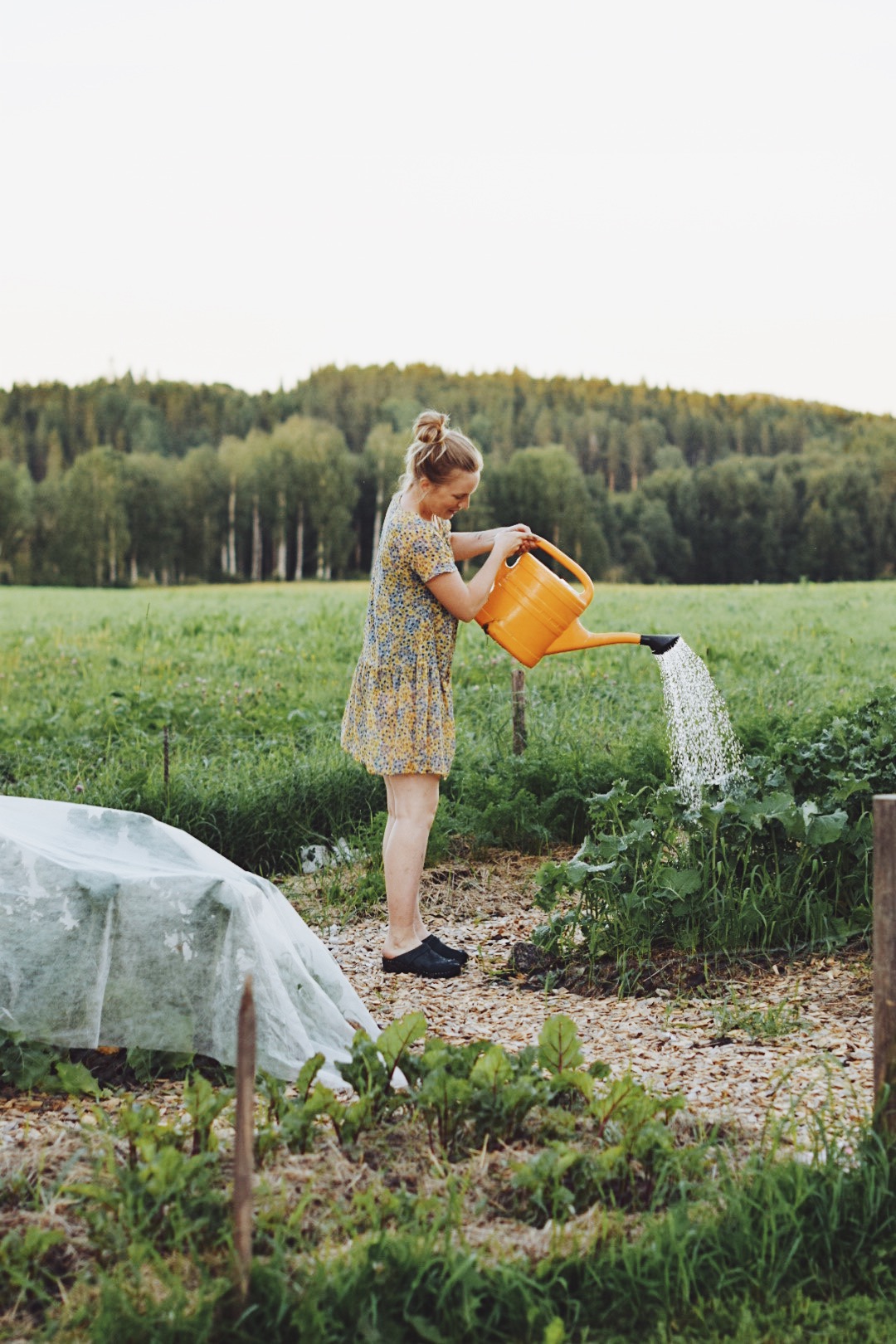 Are you ready to Change Your Life?

A life with more time for family, a life in a growing and green city with sustainability at its very heart - a simple life you, and your family, can enjoy. A green and relaxed life you'll find here in Skellefteå.